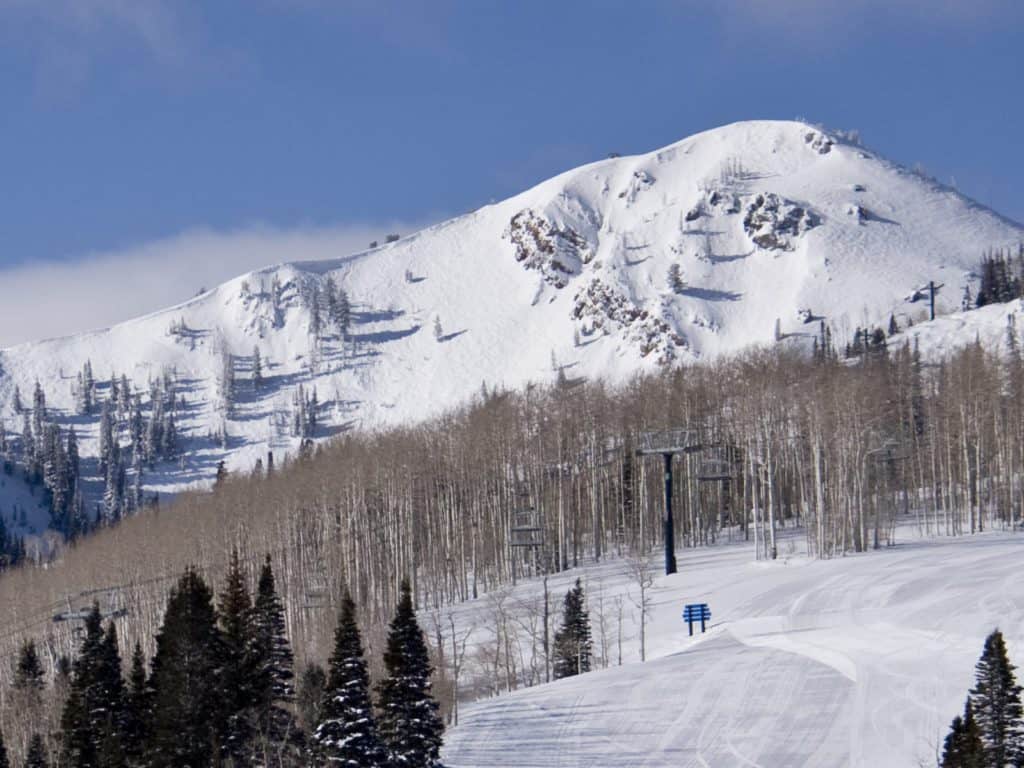 Home > Blog > Everything You Need to Know About Park City

Everything You Need to Know About Park City There’s a reason why Utah trademarked the phrase “The Greatest Snow On Earth” back in 2004… And every year there are plenty of days at Park City when no one is arguing the truth of the matter.

We recommend basing yourself in Park City and taking some time to visit the surrounding resorts as well. Epic Pass-wielding Australians, can make back their investment in an Epic pass in just five days of skiing or riding at Park City. When it snows, we recommend heading to Dreamcatcher chairlift on the Canyons side of the map for powdery tree skiing. Conversely, when the sun comes out, hike Jupiter Bowl for the deepest turns after a storm.

It’s worth noting that when it comes to drinking, we advise taking your passport to restaurants and bars – driver licences from countries other than the US are not accepted as ID. Also if purchasing beers from the supermarket, be aware they will only ever be mid-strength. Utah has tough alcohol laws so if you want full-strength lager (or alcopops), you’ll need to go to a liquor store or a pub.

There’s one more thing to note about visiting Park City in winter: accommodation, bars and restaurants become more expensive and can get absolutely packed during the Sundance Film Festival. However, most locals say that the ski slopes are dead quiet for those two weeks in January.

The historic former mining town has become a magnet for travelling skiers thanks in part to the fact it is an easy 35-45 minute drive from the Salt Lake International Airport. Getting there is a breath of fresh mountain air for those, like me, who have rolled the dice and lost when travelling to other cancellation-plagued airports like Jackson, Denver or Aspen.

There is a wide range of accommodation options available at Park City, however, the majority of which can be considered fairly upscale. There are plenty of ski-in-ski-out accommodation options near the base of the resort, and more still just a short walk from the lifts. Further downtown around ‘Main Street’ is where more lodging exists and a unique town bridge allows skiers and snowboarders to ride directly down to Main Street.

Park City hosts the Sundance Film Festival and swells with 40,000 Hollywood stars, critics and film crew for two weeks every January. It’s where Hollywood hits the slopes, so it has an après scene to match – loaded with gourmet restaurants, saloons, dive bars, a whiskey distillery and even a popular nightclub.

As for eating out, it’s almost ridiculous how many good places there are to eat in this ski town. Our favourites on Main Street are Chimayo, Handle and Firewood – all mouth-watering and moderately priced for almost Michelin-star quality.

There are a bunch of activities for non-skiers and families to try in Park City during winter, including bowling, tubing, dog sledding, snow-mobiling and snow-biking. One particular highlight is a ride on the Olympic bobsled at Utah Olympic Park. The museum there is also a treat for sports lovers and is worth a visit in its own right. It’s also one of the few places in the world where non-athletes can try a real Olympic bobsled run (with an expert driver) and hurtle down the track at up to 80km/h with G-forces three times your bodyweight pressing against you.

If you like the sound of Park City and want to visit it yourself then click here to see our latest packages or here to make an enquiry for a quote.