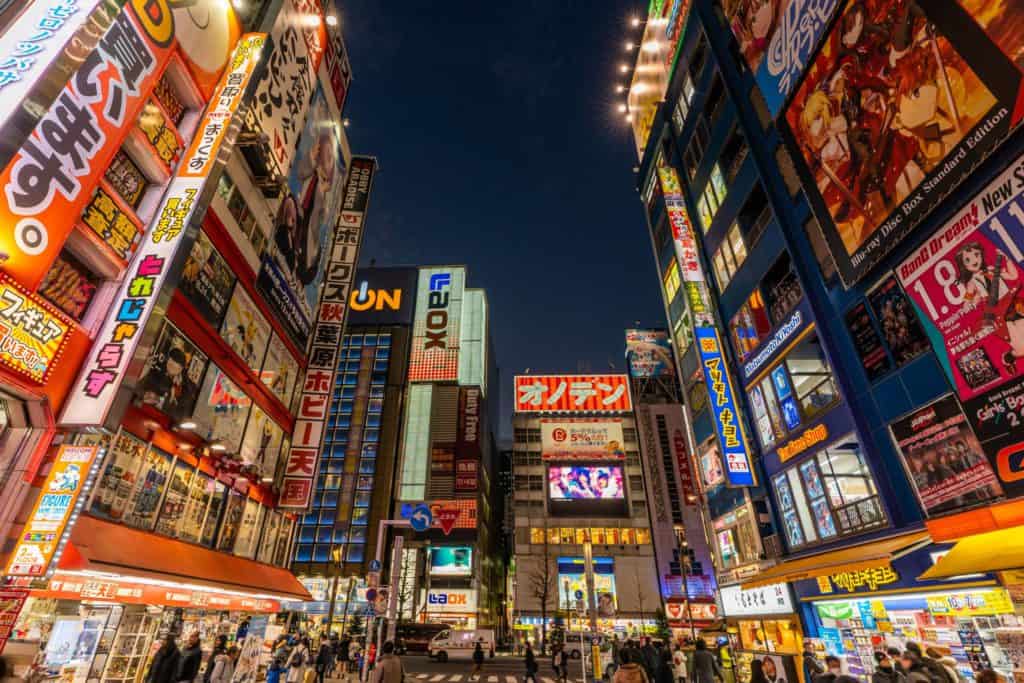 Top 30 Things To Do In Tokyo

Tokyo is one of the most exciting cities in the world and we definitely recommend spending some time there before or after your ski trip. The possibilities in Tokyo are endless, you could spend a week in Tokyo and still not touch the surface. However it can get a little overwhelming at times so we would suggest picking out the highlights and doing them. One of our senior travel consultants Justine has spent plenty of time in Tokyo over the past 8 years when travelling to Japan to work in our Liquid Snow Tours Hakuba office. Here are some of her top picks.

Maricar – Hooning around Tokyo at 60kms/hr, dressed as your favourite (non Nintendo) cartoon character in custom built go karts with optional seatbelt and helmet. It sounds dangerous, and it is, but it’s also a lot of fun and I highly recommended it. Just make sure you get your international driver’s license before leaving home.

Tokyo Skytree – At 634 metres tall the Tokyo Skytree was once the World’s tallest structure. On a clear day, you can see all the way to Mt Fuji, however as it sits above the clouds, it’s not the best if the weather is gloomy.

The Tokyo Metropolitan Government Building – Standing at 243 metres, it’s not as tall as the Skytree but it’s free and the views are (almost) as good.

Tokyo Tower – Another place for amazing views, the Tokyo Tower used to be Japan’s tallest structure before it was surpassed by the Tokyo Skytree. However, it still remains the world’s tallest, self supported steel tower. Next to the tower you’ll also find Zojoji Temple which is worth checking out too.

TeamLab Borderless – An art museum for those of you that don’t like art museums. Immerse yourself in the complex, three-dimensional digital exhibition. Spanning 10,000sqm the exhibition incorporates numerous artists, scientists, computers and projectors to awaken all your senses.

Robot Restaurant – You’ll love it or you’ll hate it! It’s gimmicky, it’s touristy, it’s kitschy but also it’s entertaining, colourful, crazy and a complete sensory overload. If you want to find out for yourself, I would suggest making a reservation and eating dinner elsewhere as it’s more a show than a restaurant.

Animal Cafes – These are EVERYWHERE in Tokyo, from cats and dogs, hedgehogs, mini pigs, rabbits, owls to a South American capybara (cute rodent). When choosing which one to visit, consider if it is ethical by checking if they are caged or chained, have enough space to roam and have ‘time out’ from the masses of tourists.

Shibuya Crossing – A trip to Tokyo isn’t complete without walking across the busiest pedestrian crossing in the world. For a birds eye view grab a coffee at the Starbucks on the corner or choose the Shibuya Maricar tour and drive across yourself.

Harajuku – A well known shopping area in Tokyo, famous for its extreme cultures and fashion styles, especially among teenagers and young adults. For quirky stores and vintage fashion Takeshita Street is the place to go or for upmarket boutiques try Omotesando Avenue. Even if you don’t like shopping, Harajuku is worth a visit for the people watching alone.

Kappabashi –  While we’re on shopping, a trip to Kappabashi or ‘Kitchen Town’ is a must for any chefs or home makers. There are endless shops with everything from knives, utensils, plastic display food and my favourite, crockery. While it is mostly mass produced stuff, it’s much cheaper than back home and they wrap up so you can put it in your suitcase.

Ginza – An upmarket area of Tokyo, famous for shopping, dining and entertainment. Known for its international department stores, art galleries, fashion boutiques, restaurants and $10 coffees. Worth a look, even if you don’t have money to spend.

Akihabara – Famous area in Tokyo known for its electronics and more recently Otaku (diehard fan) culture. There are many shops dedicated to all things anime, manga, video games, figurines and other collectibles, quite the novelty and a great place to buy gifts.

Golden Gai – A collection of over 200 tiny bar’s scattered through alleyways and passageways in Shinjuku. Each bar is different and many are themed so wonder through and find one that looks right for you. Some bar’s will charge an entry fee, however there are still many that are free.

Memory Lane (or Piss Alley) – Yep, you heard right, an area of small shops and ‘restaurants’ crammed into narrow alleyways near Shinjuku Station. The name comes from post WWII days when there were no public toilets so patrons relieved themselves in the street, these days you’ll find most people use the toilets. If you’re feeling peckish I’d suggest the Asadachi……maybe best not to ask what it is!

Park Hyatt – While most of us can’t afford a night at the Park Hyatt, you can probably afford a cocktail or two. The Peak Bar on the 41st floor offers beautiful views as the sun sets over the city. Or go the extra mile and visit the New York Bar on the 52nd floor, where Bill Murray and Scarlett Johansson drink in ‘Lost in Translation’, just be prepared for a cover charge.

Imperial Palace – The primary residence of Japan’s Imperial family sits in a large park surrounded by moats and stone walls. Visitors can walk through the surrounding grounds and the Imperial Palace Gardens but can not enter the inner grounds. For those interested in Japan’s complex history I would suggest a guided tour, available in English.

Meiji Shrine – A shrine dedicated to Emperor Meiji, the first emperor of modern Japan. A 10 minute stroll from the park entrance you will see a massive Torii Gate which marks the entrance to the shrine. Explore the tranquil forest or make an offering at the main hall.

Karaoke Bar – If you’ve always wanted to be a rockstar but don’t have the nerve, or the talent then you have to try karaoke. You can find a karaoke bar almost anywhere in Tokyo and the options are endless. From booths for one to rooms accommodating 60+ people, with all you can drink deals and themed rooms, you can even sing karaoke from a spa bath.

Mt Fuji – Escape the city with a day trip to Japan’s highest mountain, Mount Fuji. While you can not climb during the winter months you can take in the breathtaking views from a number of vantage points. You can book an organised tour or simply jump on the train from Shinjuku to Hakone for one of the best views.

Thermae-yu Onsen – You’ve probably experienced an onsen at the ski resort, however you have not experienced anything like this. Open 24 hours a day Thermae-yu isn’t just a wash, it’s a whole experience. Offering numerous baths with different features they have a beauty salon, massage room, bedrock bath, lounge, restaurant, bar and juice bar. Highly recommend a visit before jumping on a night flight back home.

Sumo Wrestling – If you are lucky enough to be in Tokyo in January, I would suggest booking tickets to a Sumo tournament. Sumo is Japan’s national sport but it is much more than that, it is steeped in century old customs and rituals and makes for an entertaining day.

Roppongi – A popular nightlife district in Tokyo offering plenty of choices for restaurants, bars and nightclubs. It does get quite busy with tourists and locals alike, just make sure you keep your wits about you as the area is rife with scammers.

Tokyo Fish Markets – The Tsukiji Fish Market was once the largest fish wholesaler in the world, however recent changes have seen the wholesale trade and the famous tuna auctions move to the newly built Toyosu Market. While the Toyosu Market doesn’t offer the same authentic experience as before, it is still worth a look. After the tuna auction, you can head across to the Tsukiji Market to sample the goods and get a feel for what it used to be like.

Tokyo Disneyland – If you ever dreamed of going to Disneyland as a kid but never made it, now’s your chance. Located less than an hour from Shinjuku it has the same characters, shows, attractions and souvenirs as the original.

Yoyogi Park – A hidden gem in the middle of the city, Yoyogi Park is bustling with activity most days of the week. One side of the park is a popular area for concerts and events while the other side is full of people picnicking, BBQ’ing, running, biking, kicking balls, performing and just about anything else you can think of. While not known for its Cherry Blossoms, it does make for good viewing in the Spring.

Gonpachi Restaurant – Located in Nishi-Azabu this restaurant was made famous in Quentin Tarantino’s ‘Kill Bill’. An authentic Japanese restaurant offering delicious food in a unique setting.

Shimokitazawa – A thriving arts and entertainment area with pedestrian streets lined with second hand and vintage stores. You will find everything from clothing, nik naks, records and books as well as some of the best coffee in Tokyo. Stay into the evening for some funky bars and a live music

Ueno Park – A popular spot to picnic and enjoy the cherry blossoms in Spring, with thousands of trees lining the pathways. Ueno is also home to a number of museums including the Tokyo Metropolitan Museum, National Science Museum and Ueno Zoo where 600 yen will get you into the zoo.

Kichijoji – A district in the heart of Tokyo, mostly unheard of in tourist articles and blogs. Highlights of Kichijoji include Inokashira Park, Ghibli Museum, Daiya Shopping Arcade and Harmonica Yokocho Alley. By day Harmonica Alley is full with people selling their wares, by night the alleyway’s night up with red lanterns and the ‘standing bars’ quickly become crowded.

Odaiba – An area in Tokyo Bay, popular for dining and entertainment, attractions include the Fuji TV Building, Legoland, Madam Tussauds, the Museum of Maritime Science. The Rainbow Bridge, which connects Odaiba to Tokyo is an iconic symbol and worth seeing in the evening when lit up.

As you can see, there is so much to do in Tokyo! If you want to visit Tokyo before or after your ski trip, speak to one of our travel consultants and they’ll be happy to send you a quote for accommodation.