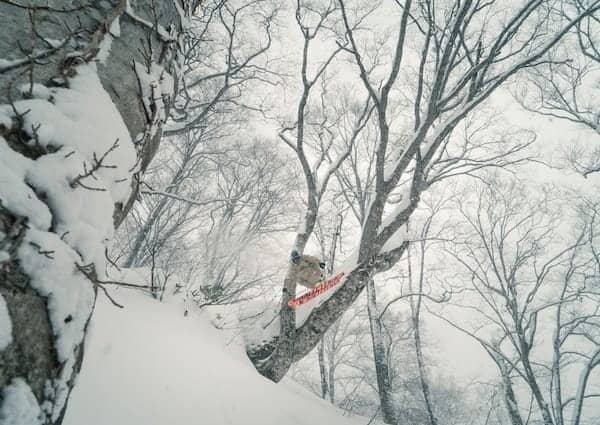 Being a pro skier in Europe has been hard work this year as the Alps has had about as much snowfall as the Sahara averages so far. With myself, Julien Lange and Flo Bastien focusing on filming rather than contests this season we couldn’t do much without powder, so when Liquid Snow Tours invited us over to Myoko Kogen, Japan  to ride the snowstorm of the decade we hopped straight on a plane.

I had never been to the main island before, but I heard rumours of taller, more alpine peaks than on Hokkaido. Haven’t had the chance to see if it’s true yet because it’s been continuously dumping snow since we got here.

Which has been just fine for us powder starved Europeans. The crew at Yuki Dake has been showing us around to the good spots in the trees, with all the pillow smashing and air boosting we’ve been craving, while keeping us comfy in the evenings at the traditional Japanese onset that they renovated to a lodge this summer.

Super happy to be here, and they say the storm’s only just getting started.