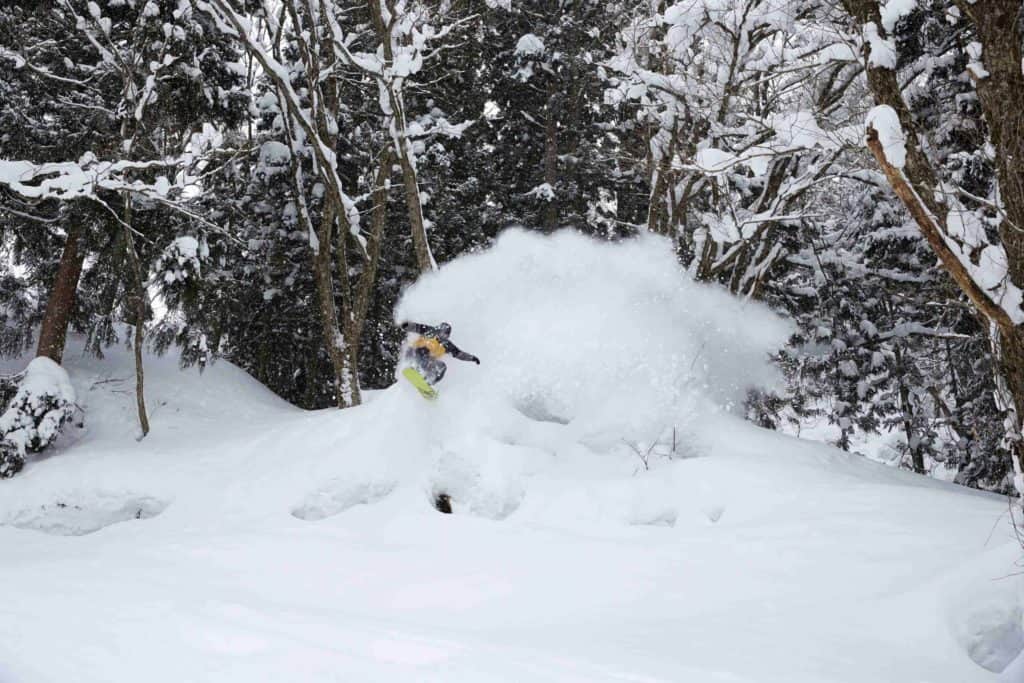 Clint Allan is an Aussie pro snowboarder from the South Coast of New South Wales. He’s travelled to that many countries for snowboarding, he’s lost count! We caught up with him just after he returned home from Japan. Here’s what he had to say:

When did you decide you wanted to be a pro rider? When I was around 13 years old and did my first trip to compete in America.

You’ve been to Japan a few times? I think I’ve been to Japan about 12 or so times now. Japan is my favourite for snowboarding, for sure. I love the culture and the snow quality there is unmatched anywhere else.

Favourite resort in Japan and why? Happo One, Hakuba because of the terrain in the back bowls – it’s amazing. Plus the crepe stall at the gondola is my favourite.

How do you order a beer in Japanese? I constantly forget how to speak Japanese. I tend to purchase from vending machines a lot haha.

What’s your favourite food to eat in Japan? RAMEN, I can’t get enough of that stuff!

How about the foods you’ve tried on the Japanese menu, but wished you never had? Crab brain with sake. Also whale jerky – wish I could stake that one back.

In the latest Transfer mag you guys got some pretty rad snowboarding shots. Does it take a while to get these shots? It all depends. It’s all about the communication between the photographer and the rider to set the perfect shots up. Usually once you have that connection with the photographer it becomes quite easy. There’s a cool video about the latest film shoot in Japan here.

As an athlete do you have any superstitions? I used to be kinda OCD, I guess. Now I’m ok. If i land a trick with a certain song on my iPod I won’t change the song until I fall.

How many bottles of sake did you bring back to Australia? None. I was sake’d out

How about swords? No swords this trip. Maybe a few ninja stars have made their way into my luggage over the years though.

On a serious note, what’s in the pipeline for you ahead? I’m planning on just riding as much as possible in Aus, maybe a NZ trip and South America hunting some pow.