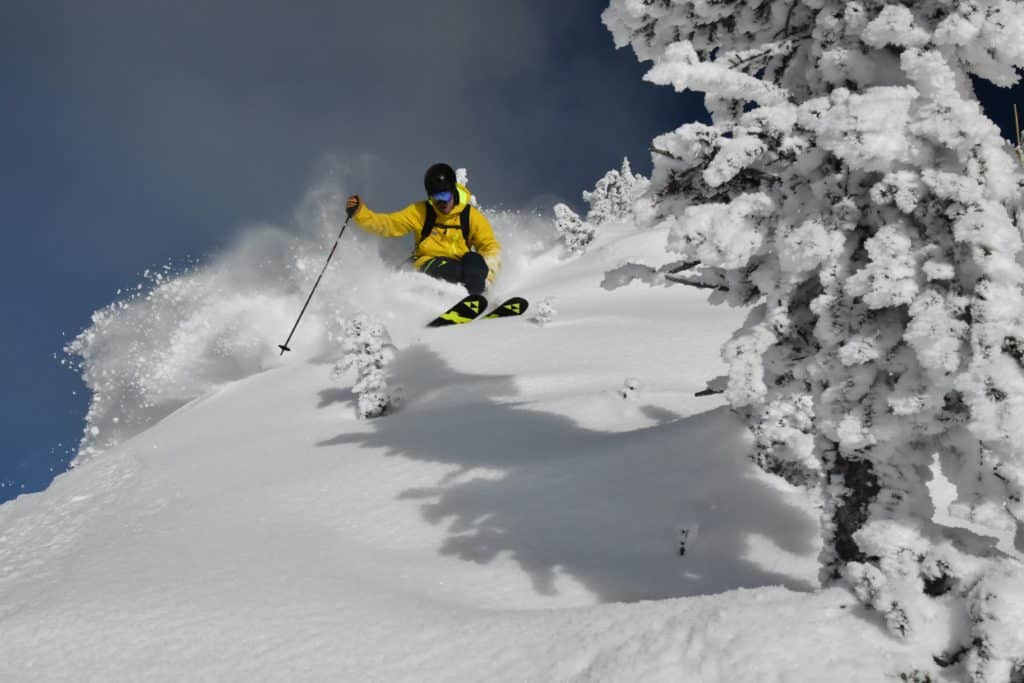 After a couple of stormy weeks, North America has exploded into the northern snow season with snowpacks well above-average for this time of year, allowing many resorts to open, or plan to open, ahead of schedule.

The storm last week saw resorts in the Sierras and Utah score big time, Mammoth perhaps taking the cake with 177cm falling on its summit. However, if La Nina is to have its way this season, it’ll be these southern states who will look on as fortune favours the north.

The El Nino Southern Oscillation (ENSO) is well into its third consecutive phase of La Nina. Models expect it to weaken over the next few months, possibly reaching neutral thresholds during January or February in what could be a relatively short-lived event.

I’ll try not get too far down in the weeds, but here’s a quick run-down of the typical side effect of La Nina…

The enhancement of rising warm, moist air over the Maritime Continent, due to warmer waters here during La Nina, act to rev up atmospheric circulation patterns known as the Walker and Hadley Circulations. This causes the Pacific Jet Stream to become retracted in the west and sets up a ripple effect in the mid latitude pressure pattern, called a Rossby wave train.

The result: high pressure in the North Pacific and low pressure over Canada.

The high in the Pacific acts as an imposing obstacle to incoming storms, forcing them to take a more northerly route over the top before dipping down over Canada into the northern U.S., leading to wetter and colder conditions there, as well as – you guessed it – more snow

At the same time, storm activity is diminished across the southern states, leaving them warmer and drier with less snow

This typical La Nina pattern is plastered all over climate models and seasonal forecasts provided by the respective meteorological agencies of Canada and U.S. So, perhaps here I’ll let the images do the talking, because, really, pictures are waaay better, and we’ve all got edges to sharpen and ski trips to book.

With every man, women and their dog pointing to the north, resorts in Canada and the northern states – Washington, Oregon, Idaho and Montana and possibly Wyoming – are most likely to have above average snowfall this season. However, the southern parts of Oregon, Idaho and Wyoming perhaps lie more in the middle ground, as do the northern parts of the Sierras, Utah, and Colorado.

Everywhere else to the south, which includes at least the southern half of the Sierras, Nevada, Utah, Colorado, as well as Arizona and New Mexico, below average snowfall is most likely.

Despite an unfavourable outlook for the south, resorts there are off to a good start, as they are pretty much everywhere. And we all know that during a heavy or light season, often it’s about timing as conditions fluctuate with passing storm cycles.

In the meantime, we’ve got a cold and quiet week ahead dominated by high pressure, with only a mid-week dusting for the Canadian and northern U.S. Rockies to speak of. The next storm cycle looks to kick off early-mid next week, starting out with rather mild temperatures mind you, so snow levels may initially be an issue at low altitudes.

That’s it from me folks, if you’ve got a different theory on what going to happen this season, then hit me up on Facebook. I’ll issue the next North American Outlook in another month, just after the next Japanese one, and around about the time that I’ll be ripping into the weekly forecasts, giving you all the highlight and snowlights of each week.